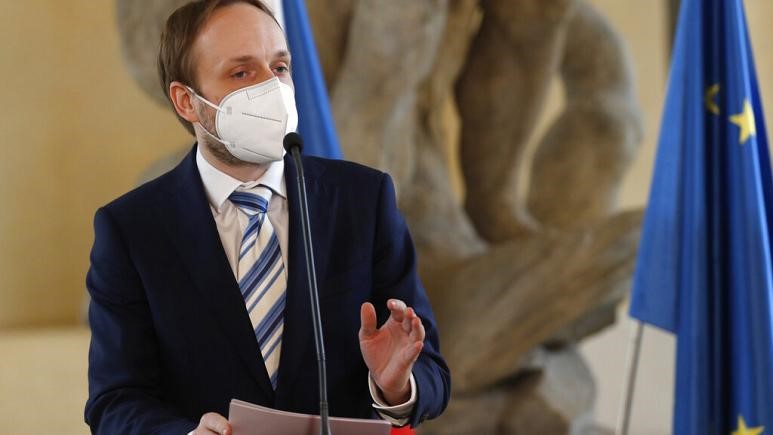 Russian Foreign Ministry spokeswoman Zakharova commented on the Czech foreign ministry statement on the 21st, suggesting that Prague should keep the ultimatum within NATO for its own use. Before getting up early that day, Czech foreign minister Jakub kulh á nek issued an ultimatum to Moscow that Czech diplomats deported from Russia must be able to return to Moscow before 12:00 on the 22nd.

The Czech foreign minister said earlier on the same day that Czech diplomats deported by Russia must be able to return to Moscow before 12 o’clock on the 22nd. Otherwise, Czech will continue to expel Russian diplomats in Prague until the number will be reduced to the same as that of Czech Embassy in Moscow. According to the Czech foreign ministry, the Russian diplomatic mission in Prague has 27 diplomats and 67 technicians. The Czech diplomatic mission in Moscow has five diplomats and 19 technicians.

The Czech side said on April 17 that it suspected that the Russian intelligence service was related to the explosion of an ammunition depot in the village of furbeijice in the state of Zlin in in 2014. Czech foreign minister Hamachek announced the expulsion of 18 Russian diplomats. Czech police also wanted two Russian citizens. On April 18, the Russian Foreign Ministry announced the expulsion of 20 staff members of the Czech Embassy in Russia. The Russian Foreign Ministry stressed that the Czech statement accusing the Russian secret service of participating in the 2014 explosion of the ammunition depot in the residential area of vrbettica is absurd.